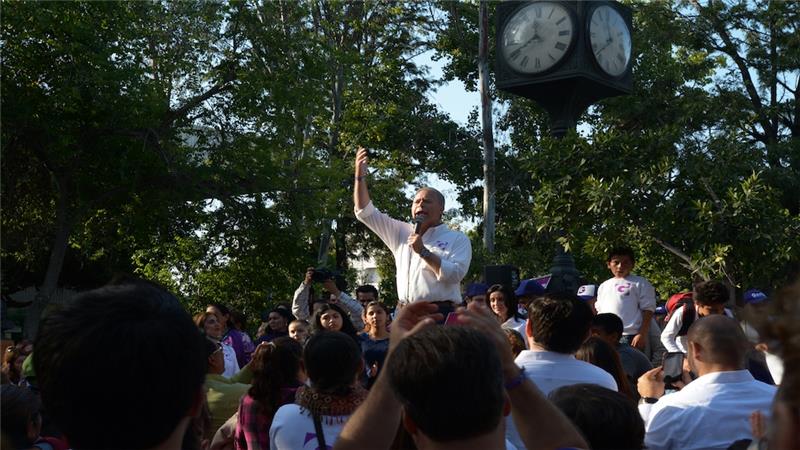 Luken Garza’s vivacity, and the electricity surrounding independent politics in Mexico today, is part of what has equipped him with hundreds of youth volunteers and an engaged social media following. He may not think he is a populist, but the small movement welling up around him suggests that he is indeed popular to some.

“We’re sick of PRI and PAN because they’ve never tried to support the poor,” says Salina Manza, 56, outside a Luken Garza’s rally in Tijuana.

“We want a change, and we’re voting to bring that change. We have faith that he’ll help us.”

Read the rest over at Al Jazeera.