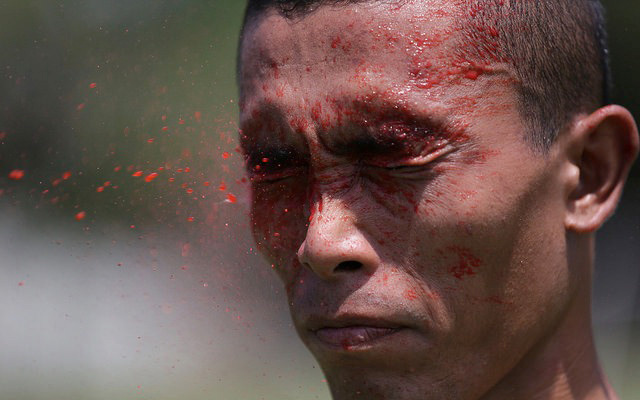 From last year’s protests in Istanbul, where I personally witnessed people my age crumple to the ground after being hit by tear-gas canisters, to the beginning stages of Russia’s military intervention in Ukraine, non-lethal weapons have killed people. Medical examiners have listed them as primary causes of death. Military analysts have debated the ethics of non-lethal weapons applications ever since chemical gasses debuted in World War I, and international political bodies have banned and restricted certain non-lethal weapons from being used in conventional warfare.

Even so, these weapons comprise a multibillion-dollar international industry that’s expected to double in size by 2020, with more and more nations allocating research and development funds toward tools of what’s called “asymmetrical warfare.” Their growth and usage won’t stop, but that doesn’t mean we should allow them to continue being sold beneath a banner that’s misleadingly innocent.