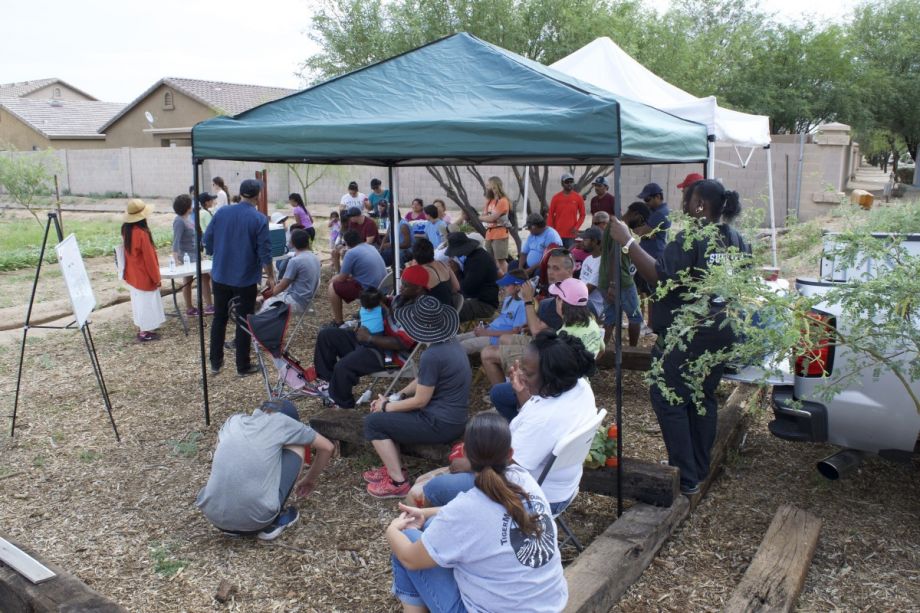 An example of the types of articles I’ve been publishing three times a week since August 2016, for my fellowship with Next City.

In South Phoenix, among suburban neighborhoods where liquor stores outnumber grocery stores, there’s a massive, untended plot of dirt as big as two and a half New York City blocks. Until recently, it was a void space between the housing tracts, collecting trash where it runs up against the streets. Residents really didn’t know what to make of it.

“Kids were mostly using it to dirt bike in,” says Quilian Riano, an architect with DSGN AGNC who’s been visiting the site on and off since August 2015. Nic de la Fuente, a Phoenix resident, says some knew it as the stomping grounds for local gangs.

But with nearly $600,000 from art project supporters the National Endowment for the Arts (NEA) and ArtSpace America, Riano is about to help turn the swath into a centerpiece of the neighborhood. And he’s hoping that the minority communities that make up the majority of South Phoenix will get an economic shot in the arm in the process.