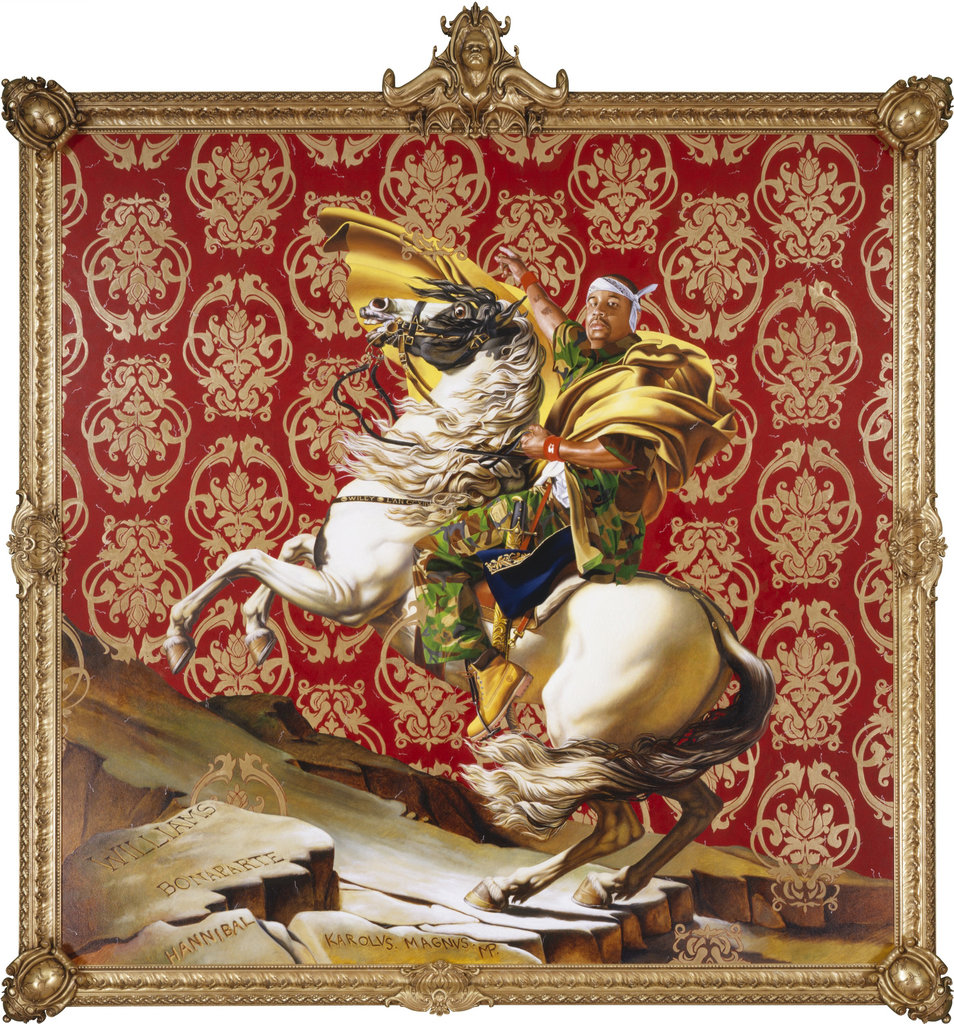 Occasionally, [his subjects’ fashion] is high street style, like the young man sporting a bronze-tipped pompadour in 2014’s “Saint Paul”; at other times, it’s more casual, such as “The Marchioness of Santa Cruz” from Wiley’s “Haiti” series (also 2014), in which a woman in denim and white t-shirt lies like royalty on a thin-cushioned chaise lounge, her weight resting on one elbow as it presses into a rolled bath towel. In every case, as seen in the portraits among the 56 pieces on view in “A New Republic,” Wiley’s backgrounds compete with his subjects to command the most attention, though neither overpowers the other. With their growing vines, blooming flowers and Rococo-influenced doily patterns, it’s as if the surrounding world rises to celebrate the people in focus.

Kehinde Wiley’s “A New Republic” is on view at the Brooklyn Museum from February 20 until May 24.

Read the rest over at T: The New York Times Style Magazine.