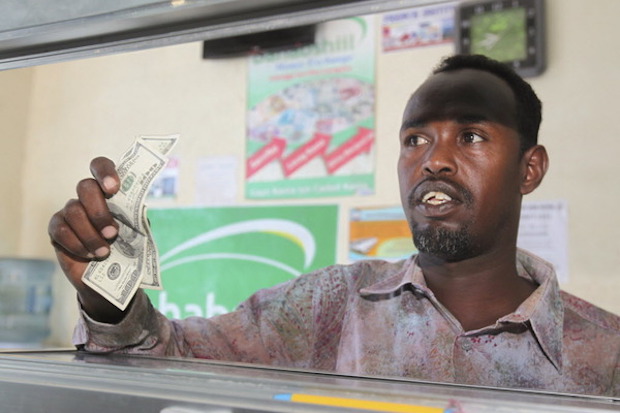 At the end of its run last month, Merchant’s Bank was hosting more than two-thirds of small enterprises —historically known in Somalia as hawalas— that collect and distribute money from Somali communities in the US.

These hawalas are responsible for an estimated $215 million in aid to families in Somalia from the US each year, according to Oxfam. It almost matched US humanitarian funding for the combined 2014 and 2015 fiscal years at about $230 million, USAID reports.

The US government’s argument for shutting down the bank transfers is that Somalia’s informal banking infrastructure, years of civil war, and ongoing insurgency by extremist group Al Shabab creates fertile ground for money laundering and funding terror groups. But [Somali-American Ali] Eishe disagrees.

“How can the money I send each month support Al-Qaeda or Al Shabab?” he asks. “It is only enough to provide my family one meal a day.”

Read the rest over at The Christian Science Monitor.