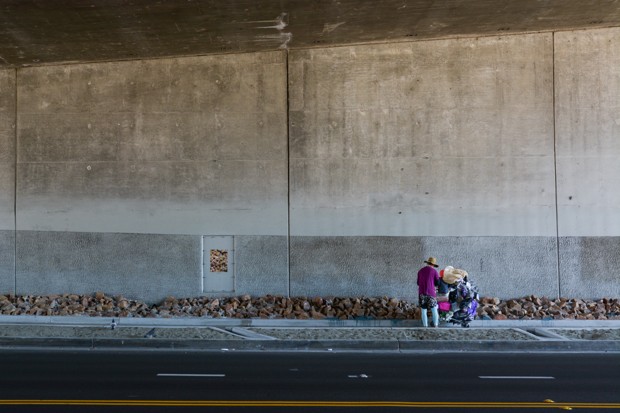 More revelations came last month that added to the All-Star Game ire when Pastor James Merino, the head of local non-profit the San Diego Dream Center, claimed he was threatened by cops and the city’s Clean & Safe organization to halt his free weekly meals in the city during the month of July.

During a February 12 meeting with the San Diego Police Department and Clean & Safe, police officers allegedly threatened to “bring the hammer down” on Merino if his non-profit hosted one of their meals during the week of the All-Star Game.

At least two other organizations that do street feeds were asked by the San Diego Police Department not to conduct feedings during the month of July, according to McConnell and Sullivan. Police did not respond to requests to verify this information.

Read the rest over at The Atlantic’s CityLab. Republished in Spanish by Univision and CityLab Latino.