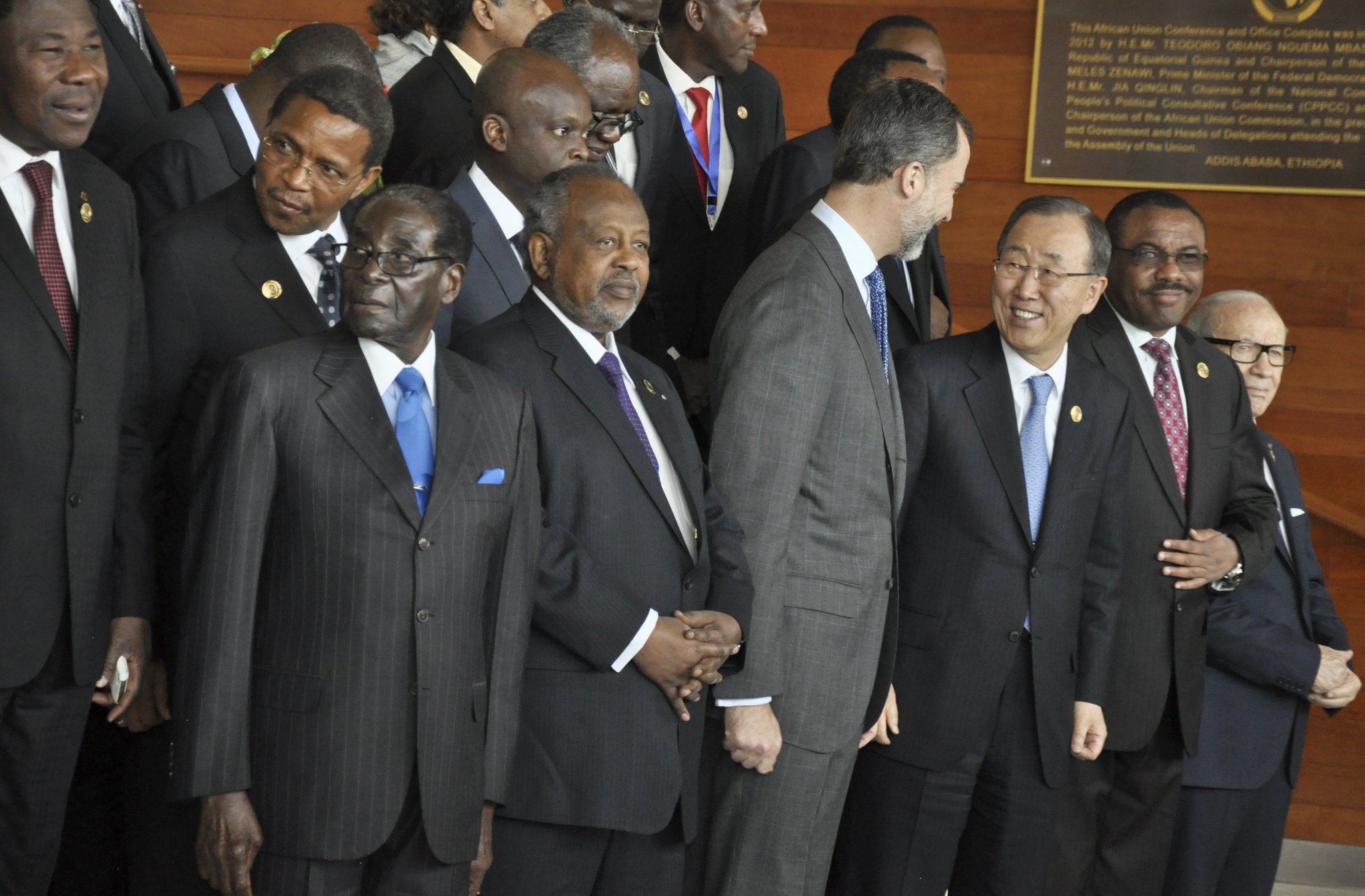 The African Union (AU) unanimously agreed Friday to pursue a plan to increase the number of troops along Nigeria’s northeastern borders to help fight the spread of the Islamist extremist group Boko Haram. The deal was negotiated during the organization’s annual Heads of State summit, held this year in Addis Ababa, Ethiopia, where leaders also discussed the continent’s pressing medical, military, and infrastructure issues.

Robert Mugabe, the controversial 90-year-old president of Zimbabwe, who is banned from the United States due to accusations of rampant human rights abuses and election tampering during his 35-year rule, was appointed the next chairman of the AU during the summit, which gathers leaders from Africa’s 54 countries.

While the AU tried to focus on tackling several significant issues — including ongoing conflicts in Libya, Nigeria, the Democratic Republic of Congo, and South Sudan, as well as the recent Ebola crisis in West Africa — Mugabe’s appointment became a lightning rod for criticism.

In addition to his alleged role in violence against opposition parties in Zimbabwe and the heavy restrictions placed on freedom of expression and assembly in his country, Mugabe’s recent remarks about gender were starkly at odds with the conference’s stated theme of empowering women. In 2013, Mugabe described female political opponents as “mere women,” and on Thursday he said it’s “not possible” for men and women to be equal.

“They get married, they must have babies, they must live at home, that’s a problem,” he said, elaborating on the remarks during a later interview. “I’m saying it’s not possible that women can be at par with men.”