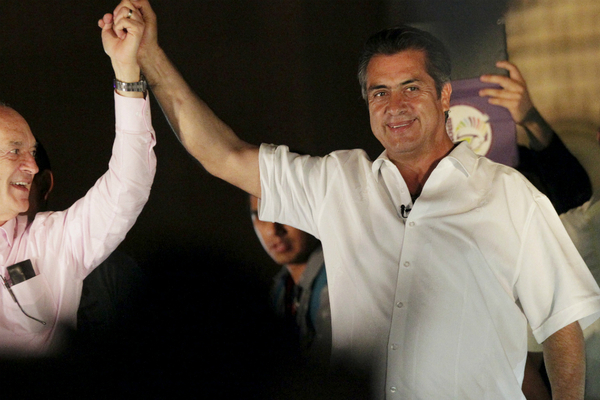 Gastón Luken Garza steps on stage in Tijuana on a recent evening, surrounded by purple spot lights, a fog machine, the glow of recording smartphones and a cheering crowd of admirers.

One of the city’s leading contenders for mayor, an independent not affiliated with any of Mexico’s established parties, he is part of a growing trend of “alternative” candidates in Mexican politics.

“He’s getting people excited, which is insane for Mexico,” says Matthew Suárez, a local writer here in the state of Baja California, which typically has one of the lowest voter turnout rates in all of Mexico. “When I talk to a lot of my … friends, they’re all about him – the idea that he truly is independent,” and what that will allow him to accomplish.

Read the rest over at the Christian Science Monitor.