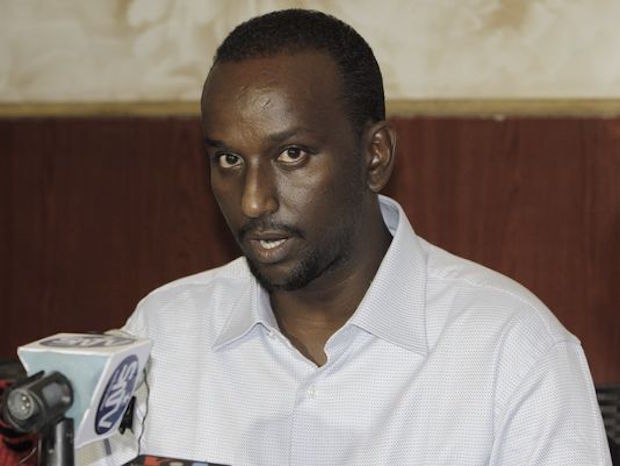 A former top official of Somalia’s Islamist extremist group al Shabaab announced that the organization is in “total collapse,” and urged other militants in the group to lay down their weapons during a press conference in Mogadishu Tuesday.

Zakariya Ismail Hersi was an al-Shabaab intelligence chief who claims he has left the group after surrendering to Somali police forces in the Gedo region of southern Somalia late last December. The United States had previously placed a $3 million reward on information leading to his capture.

“I look back to the original aims and objectives of al Shabaab, which many well-intentioned people would have welcomed,” Hersi said, according to a transcript posted to Facebook by government media adviser Abdirahman Omar Osman. “Unfortunately, few individuals that had their devious agenda, which I suspect to have foreign influence, have hijacked those aims and objectives.”

“I call on and encourage all my friends [in al Shabaab] to seek out a peaceful way of resolving all conflicts and towards reconciliation,” he added. “Al-Shabaab, is now in total collapse, and that is why I am here.”