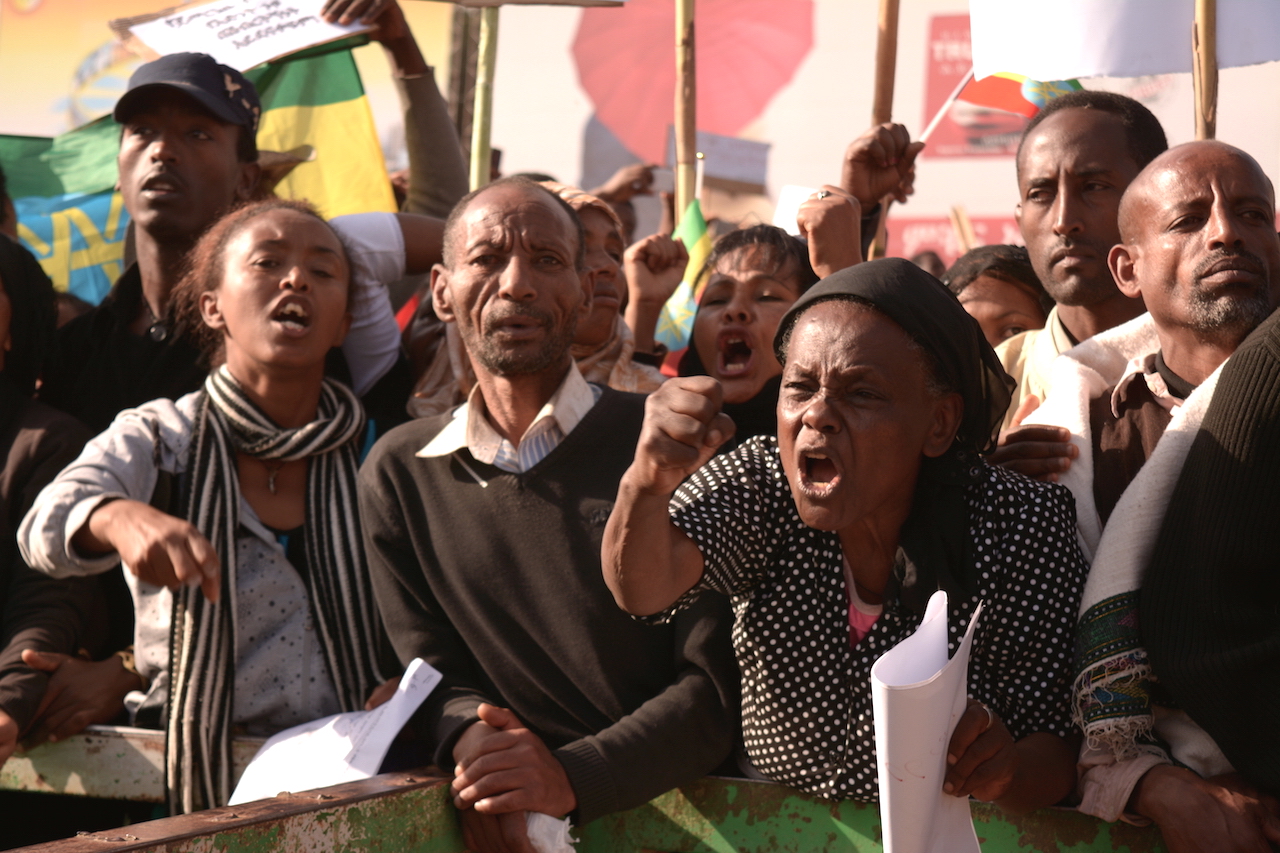 Roads around Meskel Square, an open stadium at the center of Addis Ababa’s rapidly modernizing metropolitan area, were closed to traffic during the demonstration, giving the city a solemn quiet during what normally would have been morning rush hour.

There was a heavy police presence in the streets, and officers formed security checkpoints to monitor the crowds trekking across the Kazanchis district to participate in the demonstration.

Around 8am, people began to fill the stadium’s vast stretches of rock seating. Orthodox Christians paraded quietly across the aisles with traditional crosses as Muslim men in skullcaps thumbed prayer beads and held signs written in Amharic, which stressed that IS does not represent Islam.

Yonas, 30, wearing a Rastafari beanie and holding a handwritten sign in misspelled English that read “ISSI is the Symbole of 666!!!,” supported a hard response against the group, which is also known as ISIS.

“We Ethiopians have never been colonized,” he said. “We are heroes, and we are not afraid of anything. Not even ISIS.”