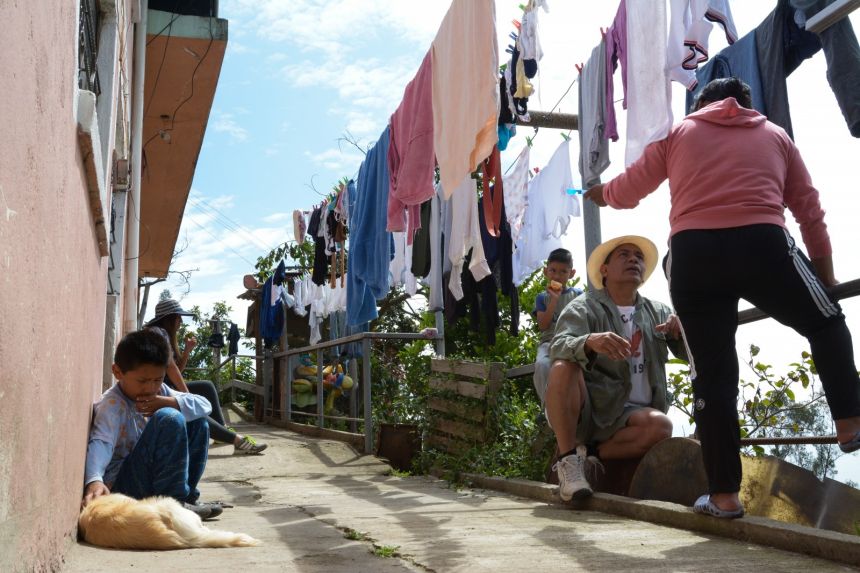 As part of a folder of internal government memos City Council Member Daniela Chacón gave to Next City, Samia Peñaherrera, the city’s secretary general of planning, sent a brief technical assessment of the Solución Vial Guayasamín road expansion plan to Empresa Pública Metropolitana de Movilidad y Obras Públicas, a state-owned mobility and public works company, on March 10. It argues that the Solución will “reduce the levels of vehicle congestion and saturation, which will lead to a reduction in contaminant emissions and noise levels.”

But the concept of making room for more cars in order to reduce emission levels immediately struck Arias, who received the documents earlier this year, as odd. And there’s still nothing in these contracts that guarantees a new public transportation line, meaning Arias and other opponents are taking the Mayor’s public transit system proposal with a grain of salt.

“I couldn’t believe what I was reading,” she says. Her office is still pressuring Rodas to illuminate the project’s many vague elements, but she says the mayor’s approach “has just been to ignore these requests … and other requests for [additional] financial, legal or technical studies.”